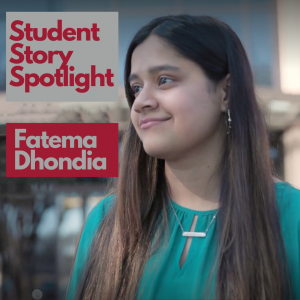 When you think of Fraternity and Sorority Life at The University of Alabama, chances are your mind drifts to some of the bigger names associated with the Interfraternity Council (IFC) or the Alabama Panhellenic Association (APA). These two groups comprise the bulk of the Capstone’s Greek-letter organizations, but there are two more councils active at UA that some people don’t know about. The National Pan-Hellenic Council (NPHC) and the United Greek Council (UGC) both have been active at UA for a long time but, unlike IFC and APA organizations, most NPHC and all UGC organizations lack a designated space on campus for meetings and other events. Former UGC President Fatema Dhondia noticed this disparity and took the lead in advocating for a new building to serve both UGC and NPHC groups.

To better serve students within UGC and NPHC, UA began construction of Greek Assembly Hall in 2022. Fatema met with several University staff members to pitch the idea during her first few days as UGC President, and she made sure they knew how serious she was about this idea.

“I was able to sit down with the Vice President of Student Life and I told him, ‘I’m not going to stop asking for a building until we get one,’” she said.

Fatema says that pushing for Greek Assembly Hall was one of her top priorities during her UGC presidency. This will be the first space that UGC and NPHC chapters will have to host chapter meetings, meet with alumni, discuss recruitment ideas and anything else that a chapter might need a space for. For Fatema and her peers, it’s more than just a new building.

“We’ve always kind of been in the background because we are still new compared to IFC and APA. NPHC leaders have also been fighting hard with us to make this happen. So, to have this building on campus that lets everyone know who we are and what we do is incredible to see. I can hardly believe that the building will be finished in just a few months,” she said.

Even though getting a building on campus represents a major milestone for NPHC and UGC organizations at the Capstone, Fatema says their work isn’t over. Both councils are already making plans for their next steps once Greek Assembly Hall is open. Until that day comes, Fatema is extremely proud of the progress they have made together. Greek Assembly Hall is the next step toward continued growth and success for NPHC and UGC at UA.

Another step we can take for Greek Assembly Hall to succeed is to make sure there are students to use it. Involvement in a Greek-letter organization can be expensive and might prevent students from handling other financial responsibilities such as tuition or housing. The University of Alabama and our partners recognize these challenges; so, UA created giving opportunities to support Greek Assembly Hall and the students who need it. The GAH Endowed Support Fund supports operational expenses and offers scholarships for active members in UGC and NPHC organizations. You can also purchase a paver or donate to support the NPHC Plaza, which will sit outside GAH. Lastly, you can name a space inside GAH or have your name displayed on the Donor Wall. If you have more questions about Greek Assembly Hall, check out the Greek Assembly Hall FAQ page. 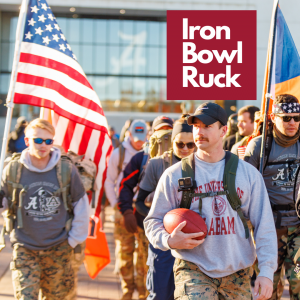 The rivalry between The University of Alabama and Auburn University is one of the most well-known rivalries in college sports throughout the nation. These two highly competitive teams come together for a chance to see who will win the Iron Bowl, but students from each side also come together for a unique tradition: Operation Iron Ruck. 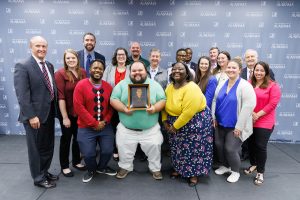 For more than 20 years, The University of Alabama has commended outstanding faculty and staff members for their exceptional commitment, innovation or creativity in their roles through the Sam S. May Commitment to Service Award. This award honors the late Sam May, a custodian in the chemistry department who dutifully served the University for 30 years. Recipients of this award demonstrate exemplary characteristics and help make the Capstone a legendary place to work.

It’s time to start studying, students, because final exams are almost here! Studying can be a breeze for some or a challenge for others. Regardless of your studying habits, everyone can use some help to finish the semester strong.

Check out these super helpful tips below so you can finish this semester strong!

The Act of Service

Service is a quality that Hannah Menard highly regards. For the past four years she’s been servicing the Tuscaloosa community through the Al’s Pals Mentorship Program – a team of dedicated UA students who commute to different elementary schools in the Tuscaloosa area to help kids with schoolwork and enrich their after-school activities. It’s easy for students to overlook the local Tuscaloosa community during their time at the Capstone; after all, when everything you need is on campus, there’s often no reason to think about what goes on in the rest of the city. Despite this, Hannah is determined to increase awareness for Tuscaloosa natives through the magic of Al’s Pals.

Finding Confidence at the Capstone 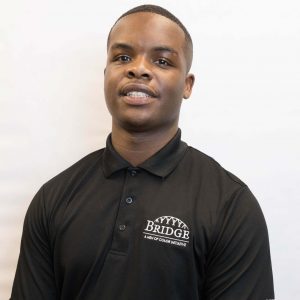 Brekeese Pierce travelled over 150 miles from Huntsville, Alabama to Tuscaloosa to begin his higher education at the Capstone.

In his own words, “As a young adolescent, I lacked confidence in myself and my own abilities. I had a defeated mindset. I would speak in a defeated manner and nothing but defeat after defeat would permeate my life.”

Lindsey Wilkinson and Keely Brewer, editors-in-chief of Alice magazine and The Crimson White (CW), respectively, graduated this month, both with bachelor’s degrees in news media. We recently caught up with these student leaders to see how their time at the Capstone has influenced where they’re headed next.

Thank You for your Service: Combining Passions to Make an Impact 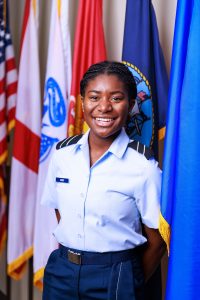 Jahnaya Cosby, a sophomore majoring in marketing, found a way to combine her passions and campus involvement to serve others during her time at the Capstone.

Jahnaya recognized a need for initiatives that focused on giving back to veterans, so she decided to coordinate several efforts for veterans through her involvement in Student Government Association (SGA) and the Office of Veteran and Military Affairs (VMA) as a military-affiliated student in the ROTC. In March she coordinated and organized Operation Grateful, where 60 care packages were created and delivered to veterans at the Tuscaloosa VA Medical Center in conjunction with SGA and the VMA office. 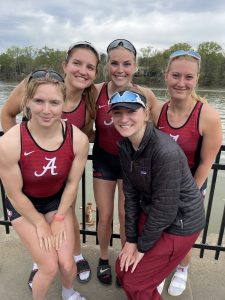 The University of Alabama has a strong tradition of honoring the men and women who have served in our armed forces (and their families). In fact, UA has received distinction as a top ten Military Friendly® School for 2022-2023. One of the ways UA supports military members and families is through the Division of Student Life’s Office of Veteran and Military Affairs (VMA).

The VMA hires student workers with military connections – students like Emma Burnley. Emma is a freshman at the Capstone whose family is currently stationed in Fort Still, OK. She said that working at the VMA has been one of the most rewarding experiences of her life. She loves the people she is able to work with and the support she receives from

The Division of Student Life recently recognized exceptional staff members with annual awards. We are pleased to share with you the award recipients for 2021-2022.