Memories From Tutwiler: A Collection

Memories From Tutwiler: A Collection

The current Tutwiler was built in the year 1968 and has been serving women at UA for 54 years. To make way for a larger and more contemporary residence hall, it is scheduled for demolition on July 4, 2022. As a campus community, we commemorate the legacy of the historic building while awaiting the new and improved Tutwiler. To celebrate both events, we will be periodically featuring stories from past and current residents of Tutwiler Hall. Today’s memories include excerpts submitted from women across the generations of Tutwiler Hall – and one past resident who traveled across the globe to live at Tutwiler! 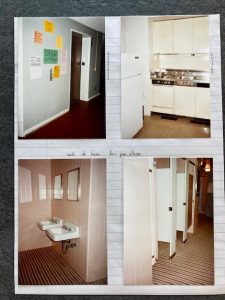 “Tutwiler meant roommates and friends, decorating our door and making our room homey. As I flew from France to Atlanta, then 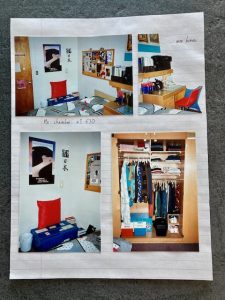 took the Greyhound bus to Birmingham, I arrived for my freshman year by cab with two large suitcases, representing all I owned at the time. The driver asked about my story during our trip together. Not only did he help me bring my suitcases up, but he stayed to help me move in. While other residents had family and friends as a support, I was running around the building with a cab driver. What a great man ensuring I had a wonderful school start.”

“I painted massive banners for the stairwells during football season because they were quite drab to go up and down. I continued on in the spring for holidays as people enjoyed them. At the end of the year, one of the women on the cleaning staff came to my room and asked me to go down to the basement. She had worked the whole year to hand stitch me a quilt because my signs made their job happier. I still have it and cherish it to this day. It was a precious gift. We never know how we can touch others that we may never meet, or how they can reciprocate and leave a lasting mark in our lives as well.”

“From the mystery of who left ramen in the bathroom sink to the ‘why is there glitter everywhere?!’, Tutwiler definitely took me out of my comfort zone. However, I will always cherish the slumber party every night with my best friends!”

“My roommate became my best friend, who I am still close with today! We shared so many laughs and tears during our freshman year. I can’t count the number of night spent sitting up together laughing so hard our stomach hurt! There was never a boring moment with us. Also, I was living at Tutwiler when September 11th happened. I remember rushing back to the dorm after being released from the Music Appreciation class I was in when it happened. My roommate was there still asleep and I woke her up and we watched what was happening.”

“One of the things I remember the most is the wall of phones for boys to call their dates to let them know they were downstairs. Boys were not allowed upstairs!”

“I will always treasure and remember my time when I lived at Tutwiler. It was brand new, and I was on the third floor, right in the middle. My mother brought me to the dorm a week early for rush, and I felt like I was in paradise! She left, and I immediately was at home! I would go and just sit in rooms I never knew were there. We would always go down to the snack bars late at night, especially during exams to fuel up. I loved the areas on each floor where girls could gather and play bridge and hang out.

“I actually enjoyed washing my laundry on the hall floor. It never failed on popular ballgame weekends that we would have fire alarms. I had an advantage to living on the third floor – not far down the stairs to the outside! My granddaughter will be there in 2025, and I want her to experience just what I did and more. I never want the cycle to be unbroken!”

Do you have fond memories of Tutwiler Hall? We’d love to hear from you! Additionally, to celebrate the legacy of the building, Student Life is selling exclusive memorabilia from Tutwiler, including room numbers and commemorative bricks from the historic building. Reserve yours today!