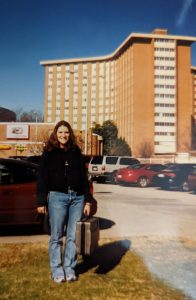 In August of 1999, Barbra K. Green moved from Maryland to Tuscaloosa and found her new home at 901 Paul W. Bryant Drive – Julia Tutwiler Hall. It wouldn’t be until August of 2012 that she truly moved out of Tut, having spent over a decade in the residence hall.

No, it didn’t take her that long to finish undergrad – she finished in four, graduating with her bachelor’s in human development and family studies in May 2003. But the building holds many memories for her and the family she built there.

Barbra remembers having a tough time adjusting to living 800 miles from home. “It was a culture shock – I had been here before, but I hadn’t lived here since fourth grade. I didn’t have a cell phone – we had a landline in our room, and I had to use a 1-800 calling card when I wanted to call home. I struggled with homesickness that first semester and it was hard to find my niche,” she said.

Her resident advisor (RA), Bridget, was a friendly face that offered hope. “She was extremely helpful in adjusting and finding my way around campus. I didn’t participate in rush, and she reached out and helped me connect with people who made more sense for me.” So, during her first year at Alabama, when she saw applications to be an RA were opening up, she applied. Originally, she was rejected, but that summer when they had some RAs not return, a spot opened up at Tutwiler. “I took it! I was planning to return to Tutwiler anyway,” she said. “The convenience of being on that part of campus was huge.”

Barbra enjoyed being an RA and helping others transition to college life from Fall 2000 until she graduated. She moved off campus for just a short time before returning to Tutwiler as a graduate assistant (GA).

“My now-husband, Michael – a Paty RA who I met at Fall 2000 RA training! – proposed after graduation. After living and working off campus for one year, we got married in the summer of 2004 and moved into an apartment on the eighth or eleventh floor of Tutwiler so I could be a Tutwiler GA.” 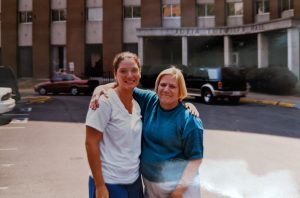 As a Graduate Assistant

After a year as GA, Barbra was asked to serve as the interim community director – a full-time staff position (equivalent to what an area coordinator is today in UA Housing and Residential Communities). “It was free housing, and they encouraged me to continue my education. When I talked to Michael about it and told him the downstairs apartment for this role had its own laundry facilities and a dishwasher, he joked that that was all they needed to tell me. It also had a private entrance, so that was definitely a plus!”

Young Professional with a Growing Family

“It was our home. The girls learned to ride their bikes there. I remember walking that front sidewalk with them on their bikes and with 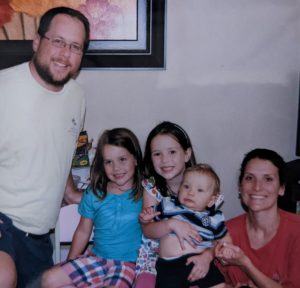 helmets on and girls passing us giving us strange looks. It felt very much like we were living in the city. You just make your home where you are,” she said.

Barbra welcomed three children into that first floor apartment, and she welcomed hundreds of young women making their home at Tutwiler Hall.

“It took a year or two before I really saw what was before me – this opportunity to pour into the young women who lived and worked in that building – and allow them to see me at my worst and best and all the messiness in between. I’d get a text from one of my RAs sometimes that said, ‘Can I please come sit at your house? I just need to be around a family.’ That was so humbling for me,” she shared.

“I remember saying often I want to be like Barbra Green when I grow up. I still find myself – how many years has it been since I met her? 14 years, probably seven since I worked with her – trying to emulate her, as a people manager but more importantly as a wife and mother. She is patient, kind, and assumes and expects the best of people. I miss being around her on a daily/weekly basis but I still carry the small and big lessons I learned from her with me.” 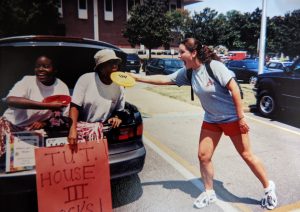 “I felt like I was a young mother on the struggle bus, adjusting to being a mom and working full-time – and then working in the same place where you live with very blended boundaries can be difficult, and there’s all this mom guilt. But I loved my girls being able to see young women. My RA staff were like their big sisters or aunts. And each of them molded me and changed me and helped me and pushed me.”

Barbra laughed as she remembered her young daughters playing “CD on call.” “They would carry around this plastic pink Dora phone and they would make it ring, and at ages two and four, they would answer, ‘This is Barbra Green, the CD on call. How can I help you?’ And then they would say, ‘Oh, you have a clogged toilet? A clogged shower?’ We got a kick out of that. But it was just normal life to them!”

After a few years of living and working at Tutwiler, the Housing office offered Barbra a chance to move to another community on campus. “But I never wanted to leave Tutwiler. It had become a mission field for reaching and serving young women,” she said.

“Working with Barbra as one of her resident advisors as a young sophomore and then ultimately as her graduate assistant while working on my Masters degree was truly a gift. Barbra was the example I needed to be the professional I am today and to be the human that I am to others as she was someone who always gracefully handled leadership, conflict, and difficult conversations with students. I distinctly remember her telling me that she chose me as her graduate assistant specifically because she trusted me. Those words were the catalyst I needed to believe in myself more as a student and as a campus leader, and for that I am forever grateful.”

Reflecting on Her Colleagues

In addition to the college women she served, Barbra reflected fondly on the other full-time staff she was able to work with during that time. She mentioned several by name – too many to include them all. 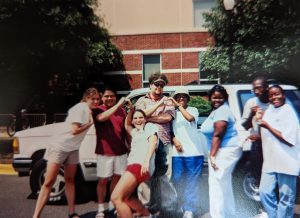 “Pam Smelser worked right next door to me and was almost like a mom to me – I felt secure with her. She was always encouraging, and sometimes would even watch the girls for me when I had a childcare issue and a meeting. That relationship was such a salve to me. And Amanda Ingram was one of my supervisors who stands out. She was a wealth of knowledge and had a different outlook than mine – hers was always optimistic. Things just did not ruffle her feathers. She really developed me as a young professional, and I felt like she had my back.”

Barbra also commented specifically about two of the lead housekeepers from the building – Wendy and Ouida. “Those ladies were such a blessing to me, and developing positive relationships with them was key to functioning as a unit in the building. They were the same as Pam with my kids, too – just so welcoming and really enjoyed them. They were hard workers and so joyful, and they were probably not thanked as much as they should have been, but their work ethic helped our building be better.”

“Barbra Green was the epitome of the skills and attitudes of what we look for in an area coordinator. The area coordinator position not only manages the building itself but also ensures students feel like it is their home away from home. Barbra made sure to make every student she had contact with, regardless if it was for a student conduct hearing when the student may have not made the best decision or if they were homesick – she made sure they felt cared for and accepted at UA,” her former supervisor and current director of Residential Communities, 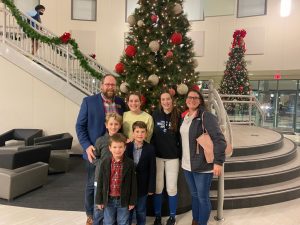 Dr. Laura Sanders Davis said. “Professionals who serve in the area coordinator role gain experiences in student conduct, facility management, teaching, mentorship, and project management which sets them up for unlimited career paths for their next steps.”

“I moved in when I was 19 or 20, and I left there as a young professional who’d become a wife and mother to three. It shaped who I am. And to this day, I can say my experiences at Tutwiler even helped me be a better mom. It was invaluable and, I’m forever grateful for my experiences there. For me and my heart and my mind, that is not anything to take lightly. It’s a huge part of me. The whole thing is this beautiful memory. There are happy moments and sad ones, too. It is such a beautiful story for me to see that – it’s like that Andy quote from The Office. It really was the good old days, and I didn’t even know it.”

Tutwiler Hall clearly holds a special place in Barbra’s heart, but many of her former colleagues and staff say Barbra is what helped make Tutwiler special for them. Several of them joined forces to purchase a commemorative brick for her as well as a customized paver at the new Tutwiler Promenade (opening this fall) to honor Barbra’s legacy of mentorship in the new space. If you would like to purchase a commemorative brick or room number from the historic building, please visit the Tutwiler Memorabilia website. Additionally, if you would like to share a memory from Tutwiler Hall, please sign the memory book!